The Netherlands again falls out of the top 10 European countries where the rights of LGBTI persons are well regulated. This is evident from the Rainbow Europe Index that the European LGBTI organization ILGA-Europe will publish on 14 May 2020.

“This is not happy news,” responds COC chairman Astrid Oosenbrug. “But I am hopeful. Various legislative changes and improvements are planned. As far as I am concerned, this is an encouragement to government and parliament: go ahead and quickly adopt those laws. We must and can return to the leading group in Europe when it comes to LGBTI rights! ”

The Netherlands has been in ninth place in Europe for some time since November. This was thanks to a law of D66, PvdA and GroenLinks that prohibits discrimination against transgender and intersex people. The Netherlands has since been overtaken by other countries. We are now eleventh in Europe. The European top three is formed by Malta, Belgium and Luxembourg.

To catch up, COC hopes that LGBTI rights will be quickly enshrined in Article 1 of the Constitution. The House of Representatives is currently examining a bill to the effect of D66, PvdA and GroenLinks. Countries such as Malta, Sweden and Portugal already have a Constitutional ban on LGBTI discrimination.

The COC also calls for more measures to tackle violence against LGBTI people. For example, penalties for crimes with a discriminatory background should be increased. GroenLinks and ChristenUnie previously announced that they would come up with a bill on this point.

Together with NNID, the COC pleads for a ban on involuntary medical treatment of intersex children. At the request of the interest groups and the House of Representatives, the government is currently investigating this possibility. A ban already exists in Malta and Portugal.

According to ILGA-Europe, Europe is at a crucial point when it comes to LGBTI rights. “Countries that were once in the lead have lagged behind,” said ILGA. “The COVID-19 pandemic, which affects disproportionate vulnerable groups, is being used by some governments to curb human rights of LGBTI people.”

The ILGA-Europe Index measures the situation in European countries with legislation and rights for LGBTI persons. The Index is therefore not about LGBTI acceptance. A report by the EU Agency for Fundamental Rights (FRA) will be published on 14 May on the acceptance of LGBTIs in Europe.

At the end of October 2018, the ILGA-Europe conference “Politics for Change: from Words into action” was held in Brussels, Belgium.

This is the largest annual meeting of LGBTI activists from Europe and Central Asia. This year there were about 500 participants, including politicians, activists, journalists and organizations. 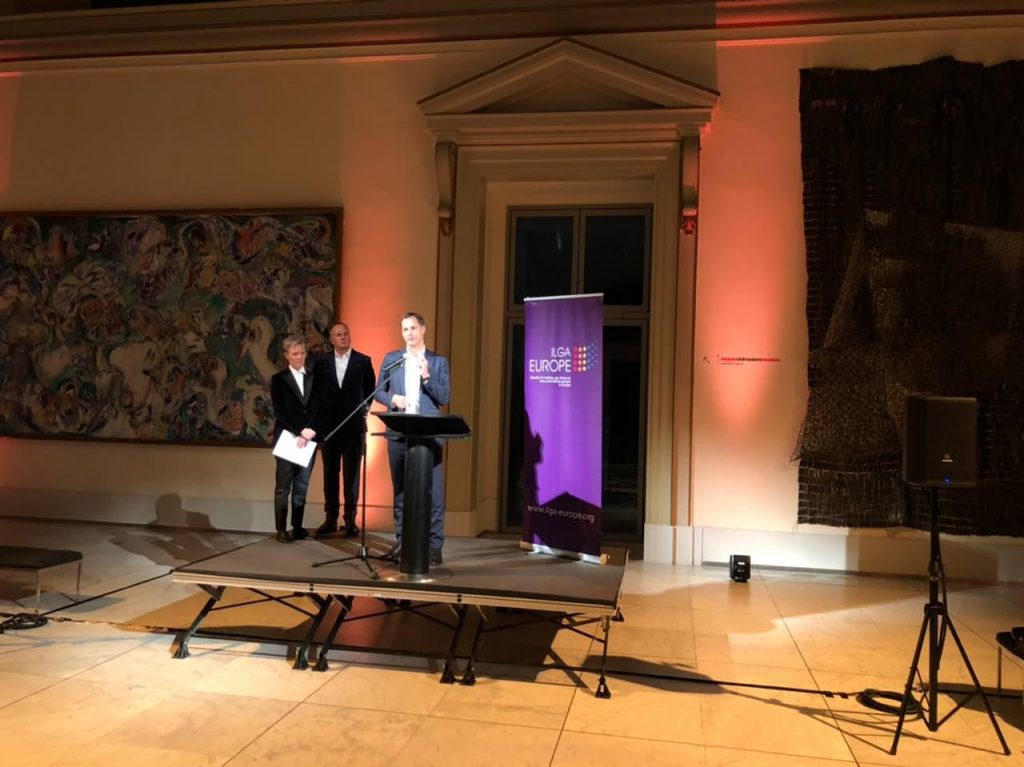 There was a very rich program, but the LGBT World Beside team was able to attend almost every seminar and lecture. We received a lot of information with which to work in the near future. We met new people, made friends and exchanged contacts. Ahead of us is a lot of work, a lot of cooperation and big victories in business. 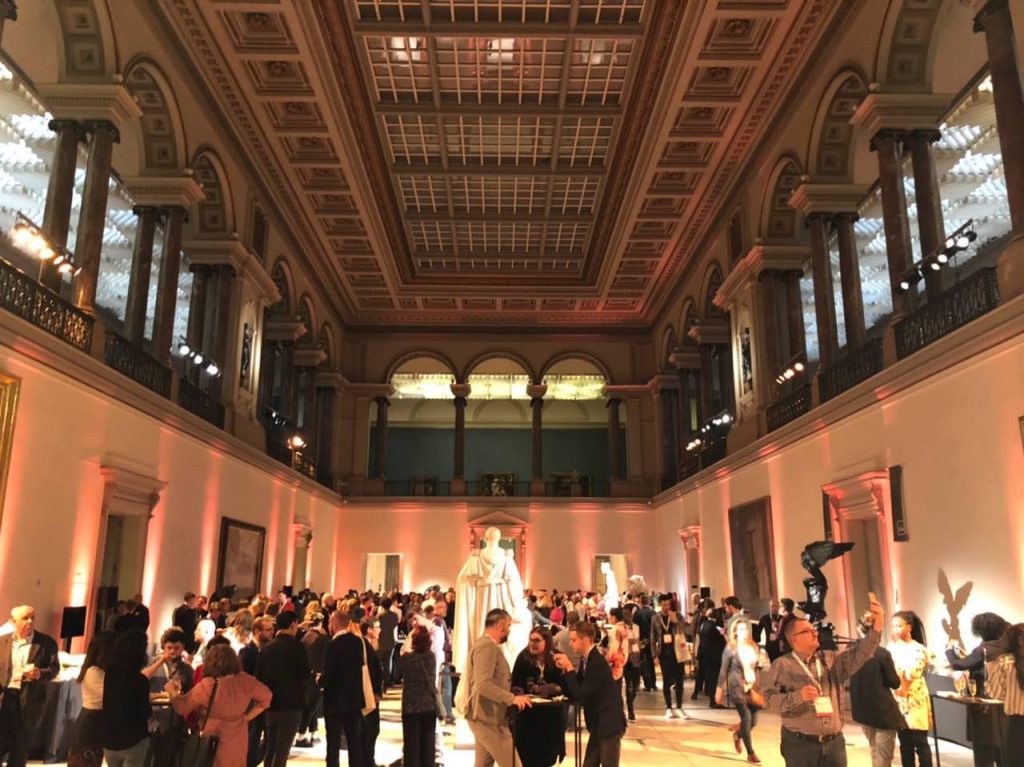 Below is an abbreviated list of lectures:
– Digital security.
– LGBT Roma.
– Women’s and LGBT rights, health, resistance to attacks.
– Substitute dating.
– Exit from the crisis.
– Communication with politicians in unsafe countries, ect. 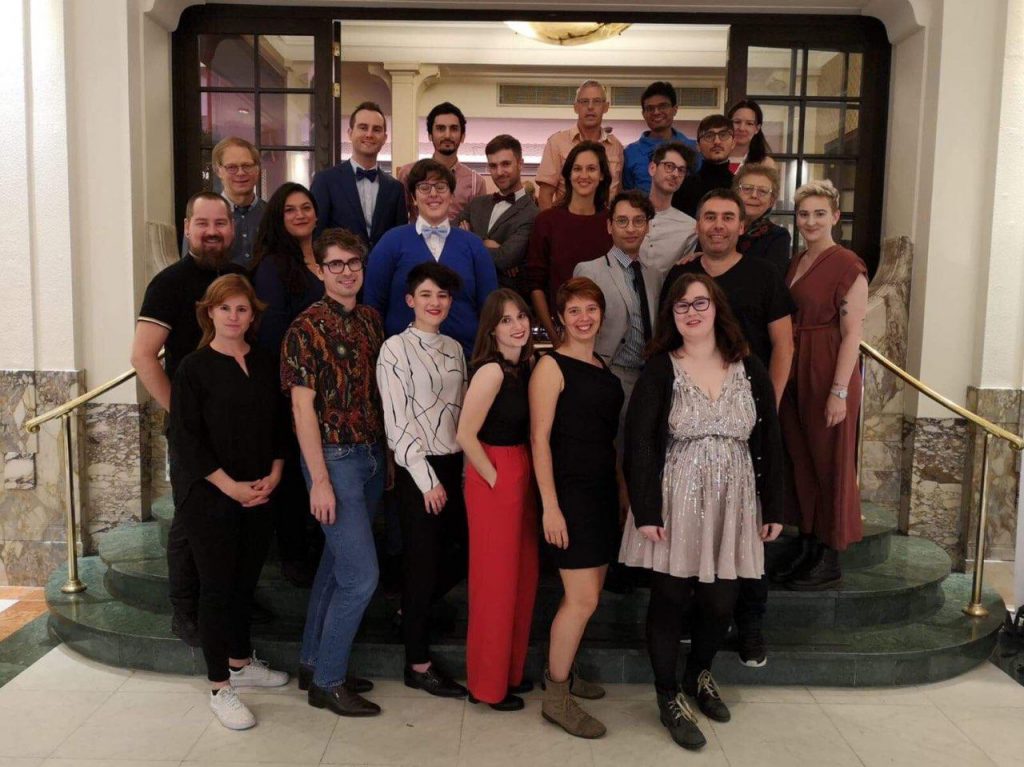 The ILGA-Europe conference helped us create priorities in our work plan. We are grateful to everyone for their support and cooperation.