On Monday, April 23rd, RUSA’ brave friends, the immigrants from Chechnya, had held the action in Haag, Netherlands and Brussels, Belgium. 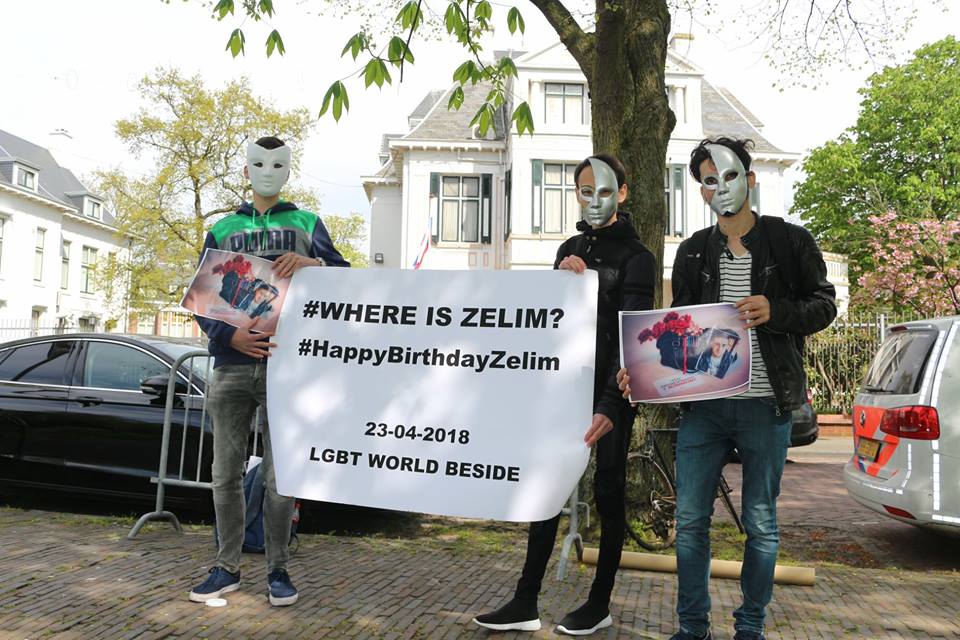 People were protesting in front of the Russian Consulate. The day was picked not by accident as this was a birthday of the missing Chechen singer, Zelim Bakaev.

The organizers of the event are friends of Zelim, who don’t lose a hope and believe that Zelim might be alive. 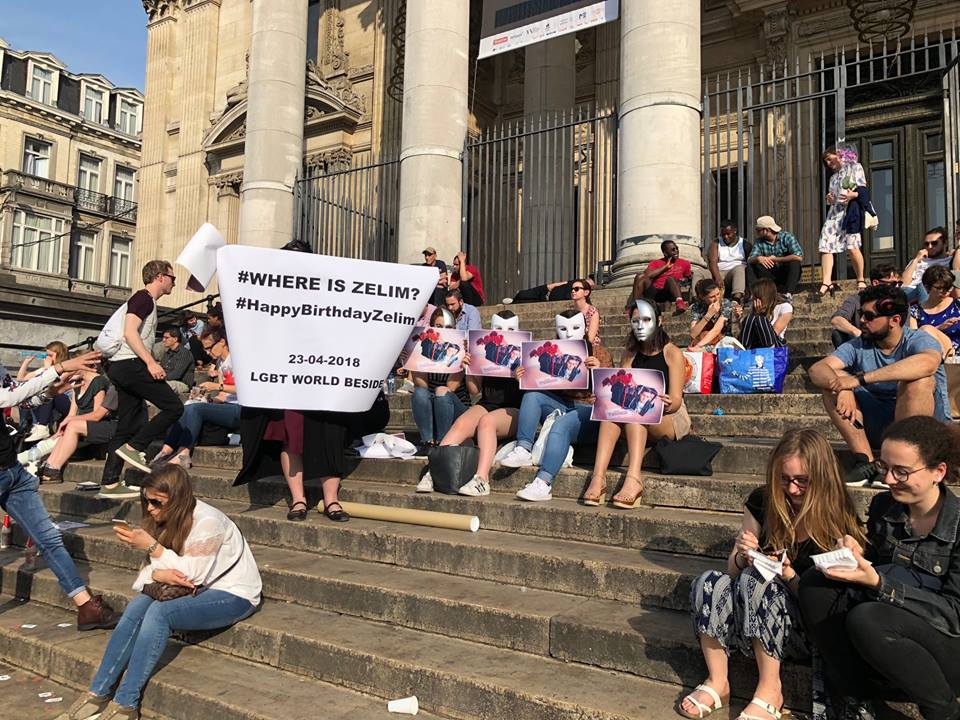 The action has also called Russia to open up the transparetn investigation on Zelim’s disappearance last August. 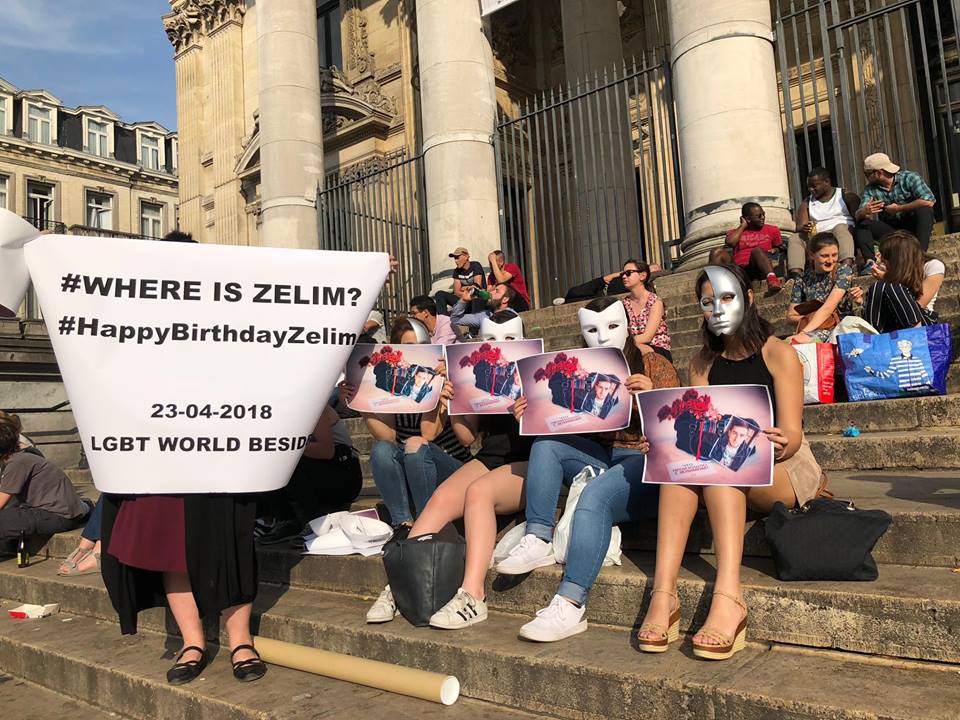 RUSA supports our Chechen friends in Netherlands, France, and Belgium! 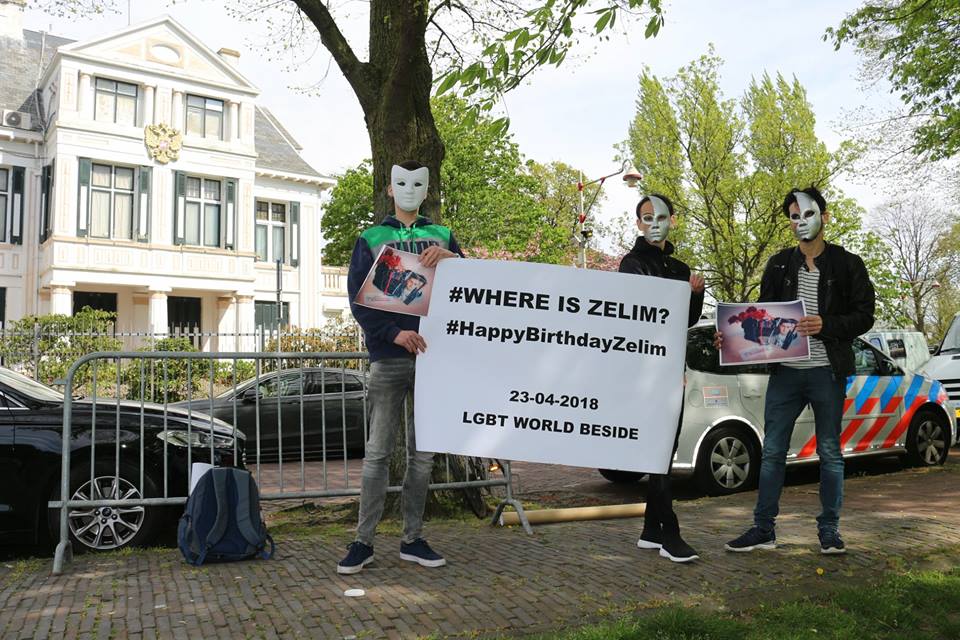 P.S. this Saturday, April 28th, join the action, which is organized by Voices4 in partnership with RUSA LGBT, aimed TO STAGE A DEMONSTRATION TO DEMANDING ACTION AROUND THE QUEER PURGES IN CHECHNYA ONE YEAR AFTER NEWS OF THE VIOLENCE BROKE. 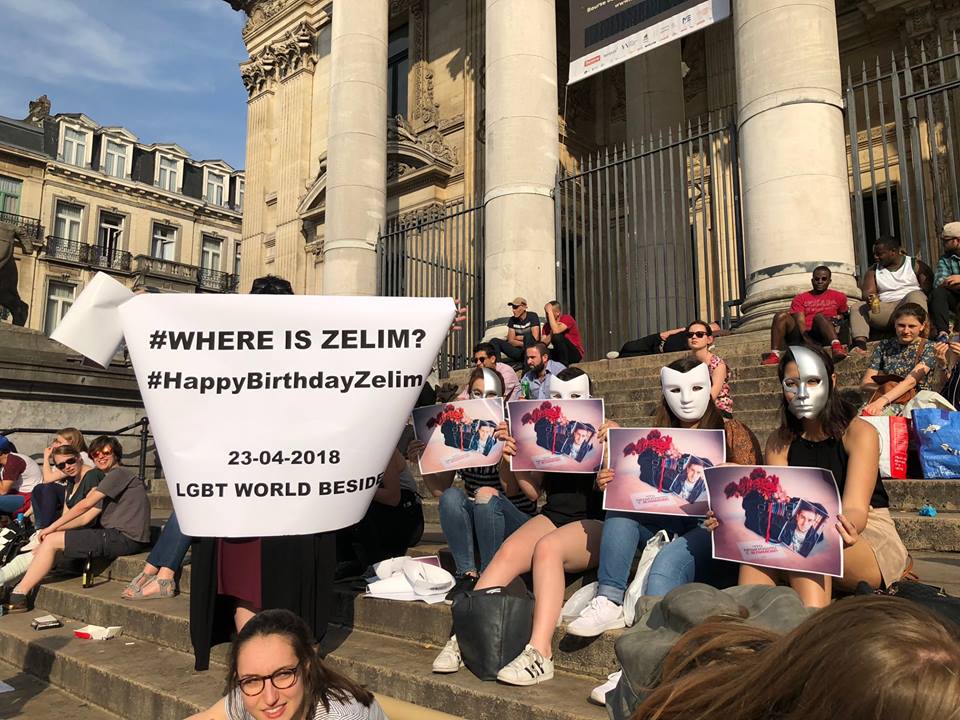